Gran Tierra Energy’s Environmental Management Plan (EMP) states that GTE will minimize the footprint of project activities throughout the operations and that full remediation and reclamation will follow the cessation of operations. The plan also mandates that the company respect land use by local communities and that the company’s daily work activities shall minimize impacts on local land uses.

Other land use measures required by the EMP include: 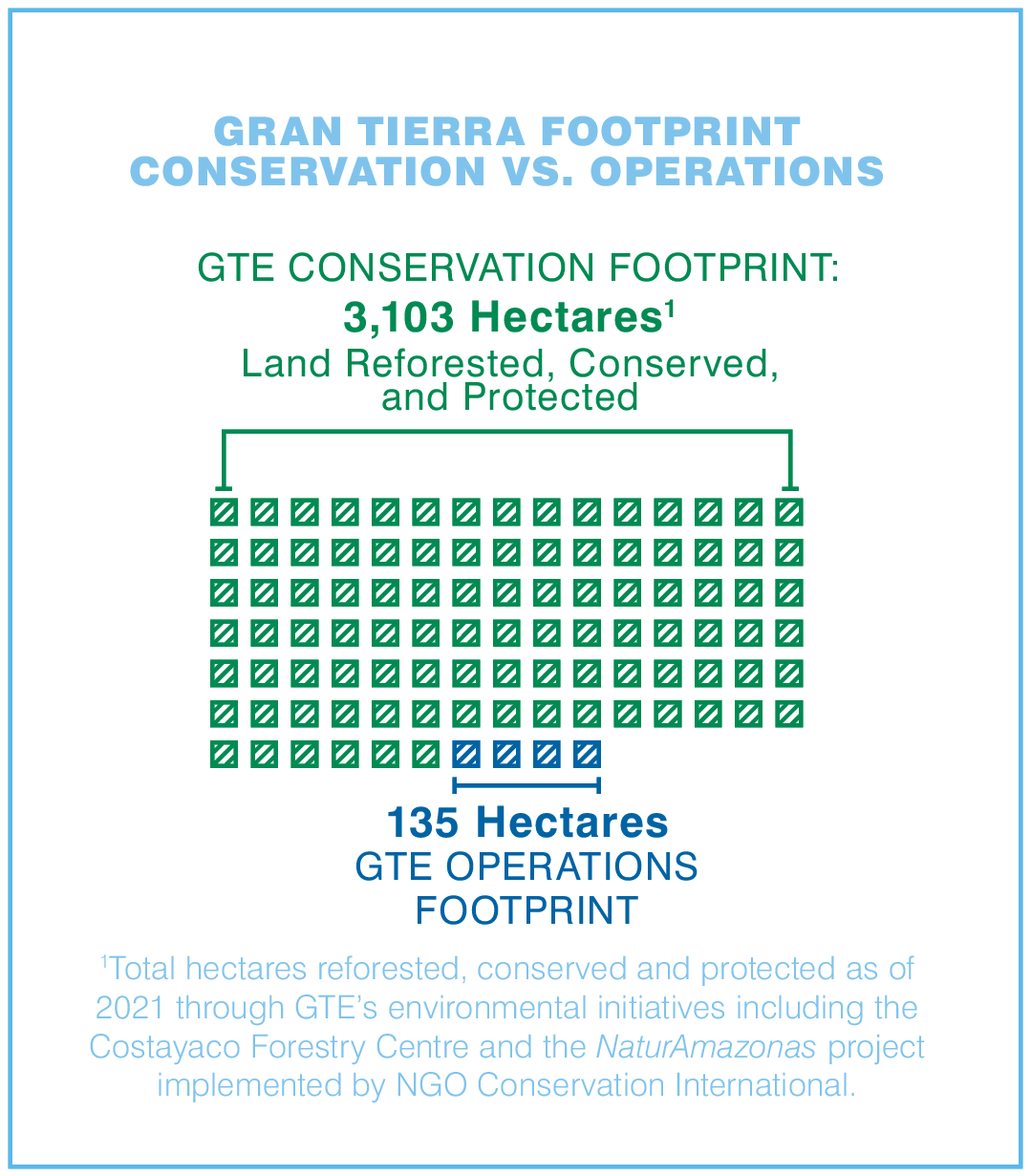 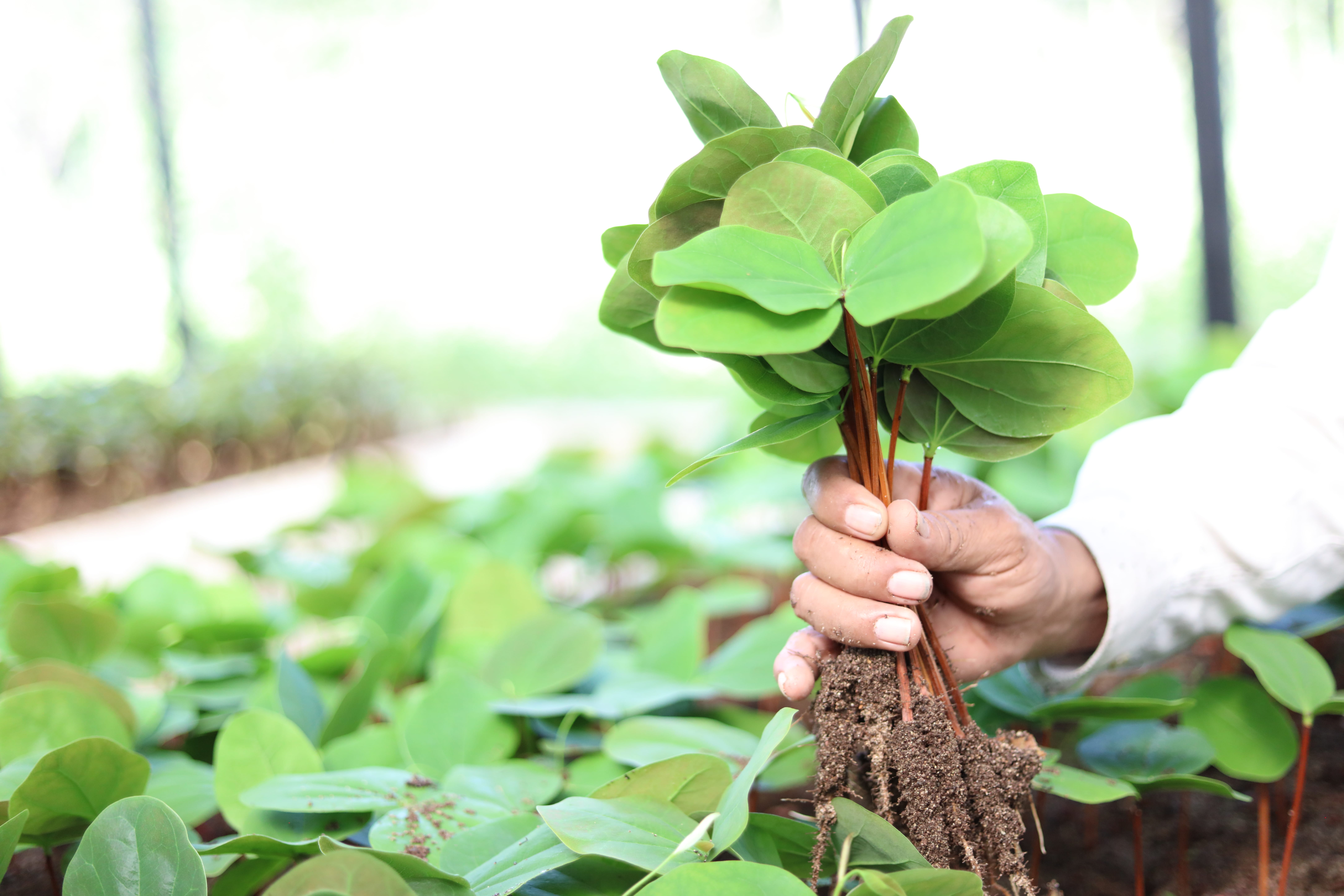 The Costayaco Forestry Centre (CFC) was established by Gran Tierra in 2010 in coordination with the regional environmental regulator, Corpoamazonia, to produce seedlings for reforestation of nearby forest areas. It is one of the most innovative reforestation efforts in South America, is strategically located in an important nature corridor, has blossomed into a substantial forested area and grown into a home for species of flora and fauna that are important to the region. 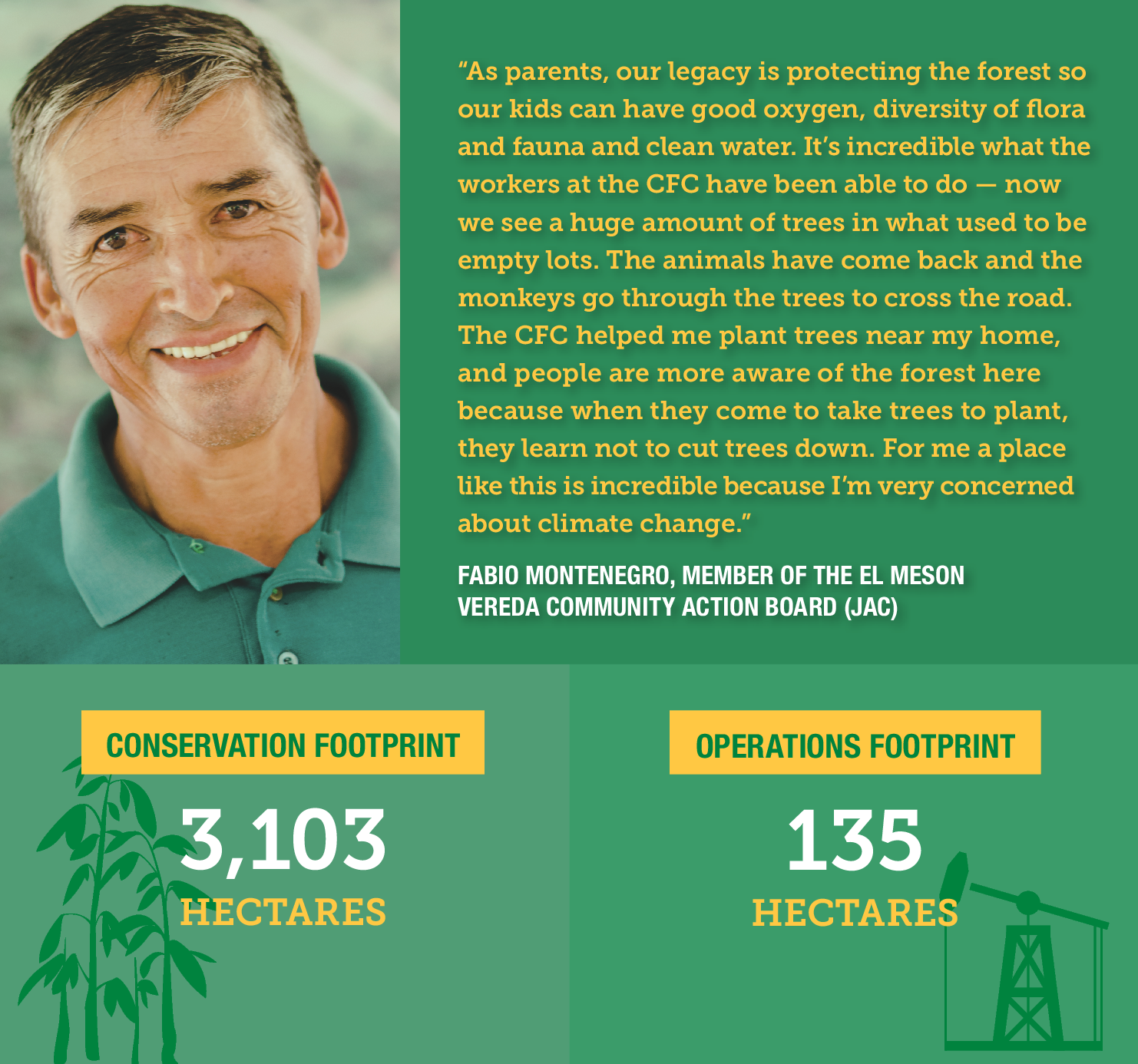 The CFC contains 314.5 hectares of new and maturing forested areas, contributing to an important corridor that connects the Amazon rainforest to the nearby Andes Piedmont areas. These two ecosystems are some of the most biodiverse in the world. Many of the trees are planted as part of the Company’s regulatory and compensatory obligations. Careful management ensures that the once-delicate saplings grow into sturdy, mature trees.

A Source of Seedlings

The Forestry Centre has cultivated hundreds of thousands of seedlings providing local communities the capability to reforest their land with native trees. Residents have begun planting seedlings on their land, which over the years had been degraded by agriculture, animal husbandry, and other industries that damaged the natural habitats and sensitive ecosystems. The Centre is located in close proximity to the Sacha Wasi nursery which has the capacity to produce over one million seedlings each year as part of NaturAmazonas.

A Space for Learning

The Forestry Centre functions as a community learning space with programming for both youth and adults. Visitors can learn about GTE’s operations and environmental stewardship activities. The Centre has welcomed government officials, scientists, community members, companies, academic institutions, students and is open to all.

The Forestry Centre has grown large enough to become a safe habitat to numerous species of wildlife. Nineteen species of birds, turtles and mammals, including rare antbears/giant anteaters, and large felines have been documented at the Centre.

NaturAmazonas, GTE’s flagship, voluntary conservation program has successfully completed its initial five-year run. This large-scale project combats deforestation at strategic locations that connect the Amazon rainforest with the foothills of the Andes Mountain range; one of the most biodiverse ecosystems in the world.

NaturAmazonas, originally conceived as a voluntary reforestation project to meet the needs of communities, regional ecosystems and contribute to Colombia’s national reforestation goals, has developed a large alliance and built a new model for institutional coordination, creating conditions for transformative change in Colombia’s Amazonia region. Additional private entities have shown interest in joining the coalition moving forward. The initiative addresses the root causes of deforestation and strengthens the mechanisms needed for sustainable reforestation and large-scale conservation. 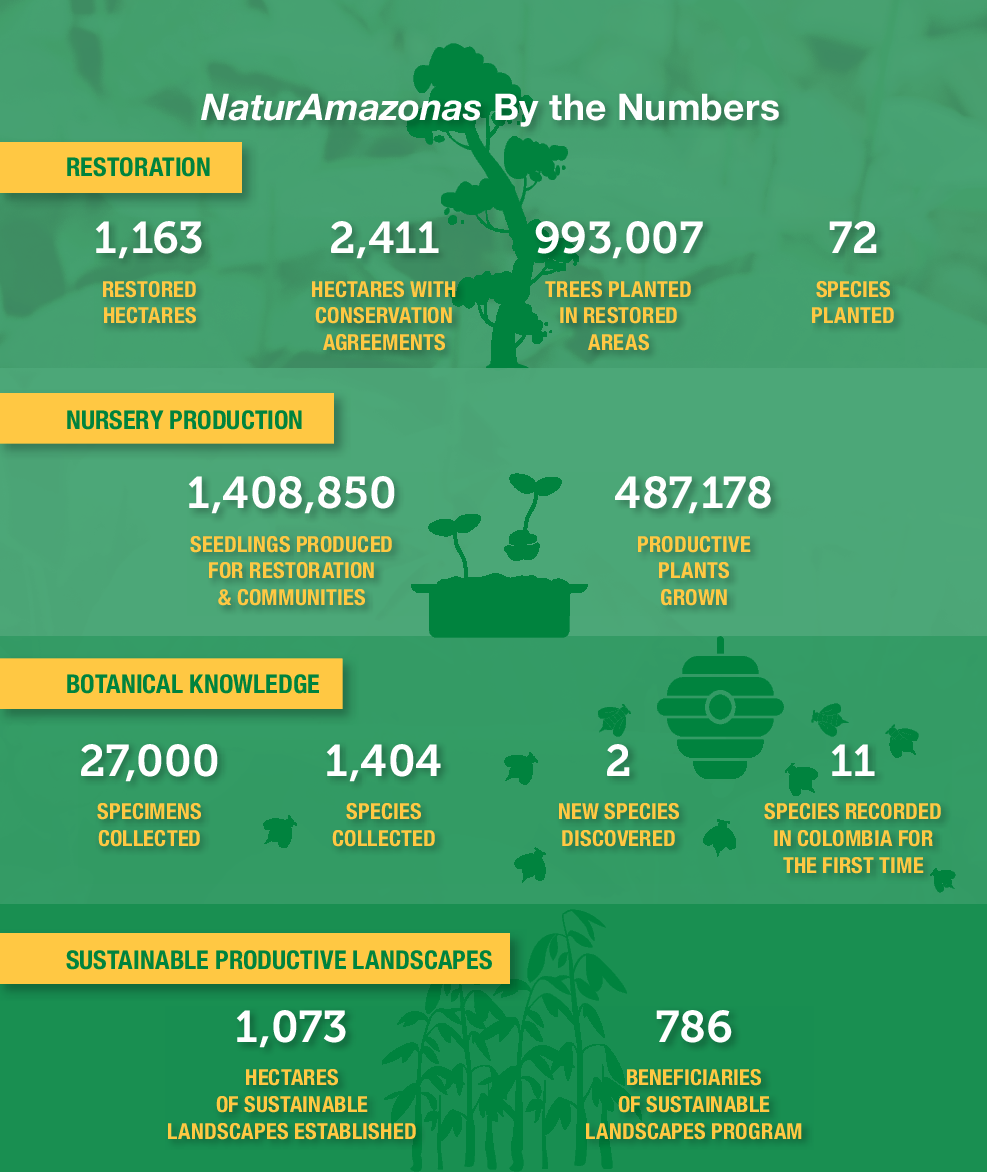