We conduct our operations with integrity, respecting human dignity and the rights of individuals. Although primary responsibility for the protection of human rights lies with government, the company promotes and respects these rights through joint actions between society, business and institutions. Through a Human Rights Risk Assessment process, we evaluate how our activities may impact communities. We engage with local communities to understand their human rights concerns and address incidents through dialogue and remedial action, if appropriate. We have established a culturally appropriate, accessible, responsive and transparent grievance mechanism that enables us to identify and address human rights incidents. GTE has an open-door policy for dialogue with communities near its operations and a well-developed process for resolving any complaints.

There are three main stakeholders when it comes to implementing Gran Tierra’s Corporate Human Rights Policy:

In 2018, Gran Tierra was invited to participate in the United Nations Forum, the largest annual meeting focusing on business and human rights, held in Geneva, Switzerland. This Forum serves as a global platform to promote dialogue and cooperation on issues related to corporations, human rights and how companies can apply the best international standards in their practices.

The company continues to take actions at multiple levels to guide its human rights practices:

Some of the greatest human rights challenges in Colombia today are the threats to security and safety often faced by social leaders in certain areas of the country. In 2018, Gran Tierra created the social workshop, Human Rights and Security for Community Leaders. This workshop is an additional human rights resource aimed at developing self-care, prevention, and public safety risk management skills for community leaders.

Human Rights and Security for Community Leaders was offered by Gran Tierra in San Martín and in Puerto Asís, where 50 beneficiaries have participated.

Social leader Libya Criollo, pictured with her eight-year-old son, leads a committee that manages job opportunities, payments and training on behalf of three communities near the town of Puerto Asís.

“The most important aspect of our relationship with the company is respect. We are grateful for having here such responsible and respectful members of Gran Tierra’s social team that we can work with and who are supporting the community. Gran Tierra is the only large company in this area, and it provides jobs, additional income and training for our communities.The workshop provided information on what to do in case of threats or emergency.”

Municipal Representative (Ombudsman) Daniel Cordoba is a lawyer who provides a vital local link between the state, the people responsible for the defense of human rights and the community in the San Martín area. He and his fellow representatives across the country who fulfill the role of “personeros,” Spanish for community advocates, also play the role of neutral mediators during disputes. Daniel has been threatened, a fact that he attributes to misconceptions about the role he plays in the community. 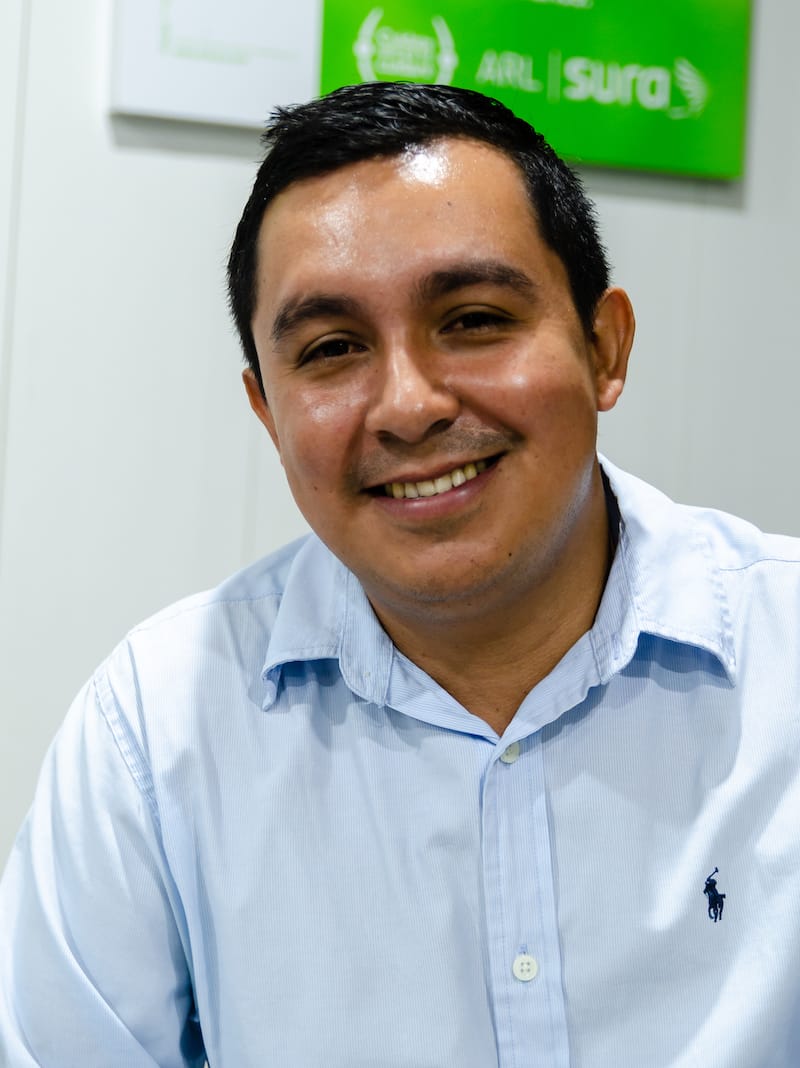 “Gran Tierra should be commended for forging positive relations here. The workshop they hosted was very good. Communities and leaders were educated about their rights and provided with tools to help them in their work.”

Gran Tierra Energy is undertaking a pilot project in Putumayo that is implemented by the FC Barcelona Foundation in partnership with the Government of Colombia through the Agency for the Reincorporation and Normalization (ARN). The project called “Sports as a Guarantee for Human Rights” benefits 280 girls and boys from Puerto Asís with ages ranging from six to sixteen years old. The beneficiaries  include vulnerable populations including children living in poverty and descendants of Afro-indigenous minorities. 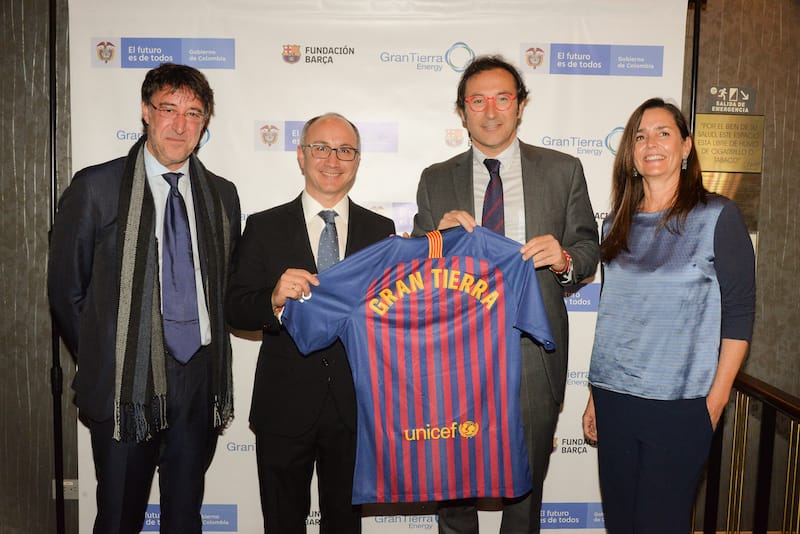 The project is being carried out by the FC Barcelona Foundation through their program called “FutbolNet”, which uses sport as an educational tool to promote life skills to vulnerable children and young people. It teaches important values such as: humility, solidarity, effort, ambition, respect and teamwork. The FC Barcelona Foundation has implemented FutbolNet in five countries around the world and has been recognized for their ability to use football as a vehicle for reductions in forced child recruitment, conflict resolution and community normalization in post-conflict communities.

As part of its commitment to support human rights in Colombia, in 2017 Gran Tierra provided financial support for an education and advocacy campaign to prevent child and adolescent prostitution in Puerto Asís, one of the largest cities in the Putumayo Department. The campaign—“Respect my Childhood, My Body is Priceless” is led by the human rights NGO, Fundación Sonrisas de Amor y Paz. 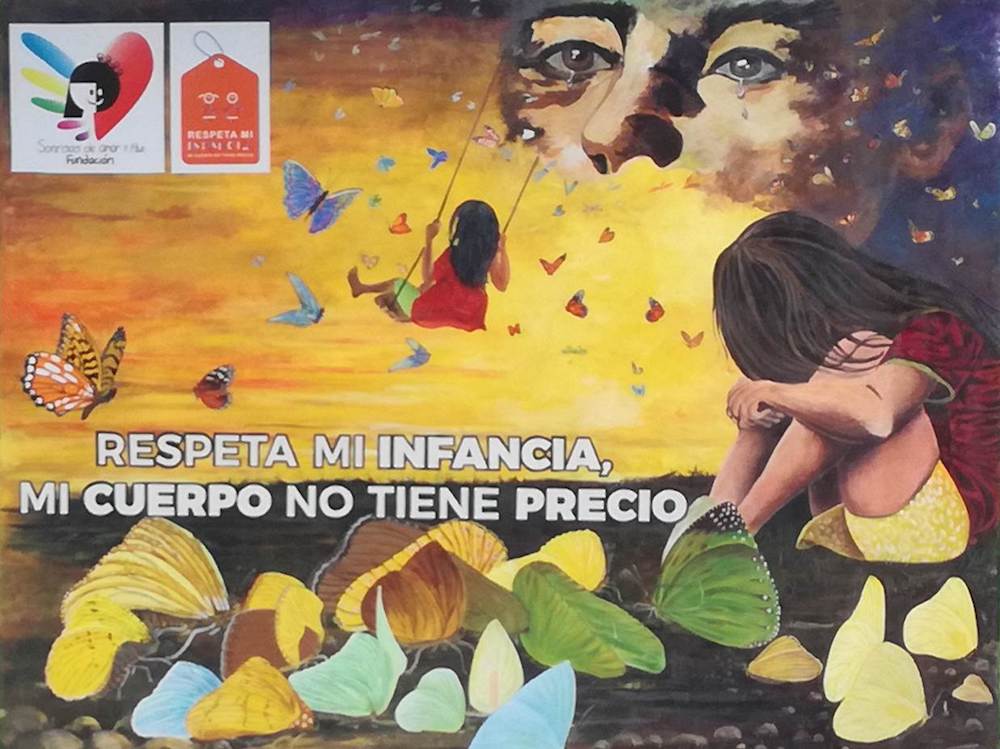 A broad educational campaign was conducted, reaching 85% of the nearly 70,000 residents through public service announcements on radio, television, digital, theater, as well as in-person visits to families, educational institutions and community leaders. In addition, a number of stakeholders throughout the community—including youth, parents, companies, NGOs and government entities—were mobilized to focus attention on preventing gender based violence as well as child and adolescent prostitution throughout the area. These activities created opportunities for leaders at the municipal level to actively participate in preventing this problem, which had largely persisted in the shadows for years.